23 “From this man’s descendants God has brought to Israel the Savior Jesus, as he promised. 24 Before the coming of Jesus, John preached repentance and baptism to all the people of Israel. 25 As John was completing his work, he said: ‘Who do you suppose I am? I am not the one you are looking for. But there is one coming after me whose sandals I am not worthy to untie.’

26 “Fellow children of Abraham and you God-fearing Gentiles, it is to us that this message of salvation has been sent. 27 The people of Jerusalem and their rulers did not recognize Jesus, yet in condemning him they fulfilled the words of the prophets that are read every Sabbath. 28 Though they found no proper ground for a death sentence, they asked Pilate to have him executed. 29 When they had carried out all that was written about him, they took him down from the cross and laid him in a tomb. 30 But God raised him from the dead, 31 and for many days he was seen by those who had traveled with him from Galilee to Jerusalem. They are now his witnesses to our people. 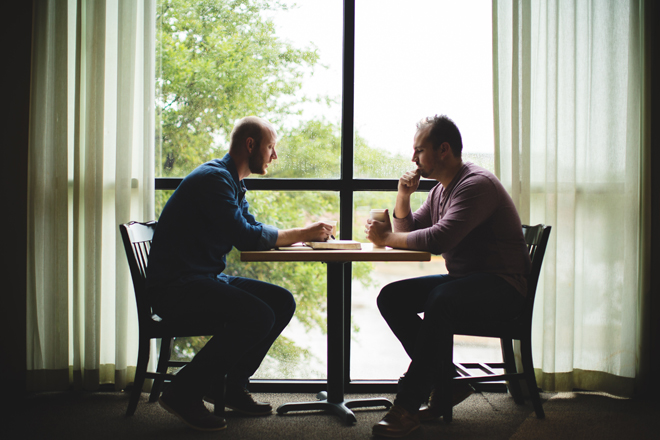 “Paul began where his listeners were and then introduced them to Christ. Because Paul was speaking to devout Jews, he began with the covenant, Abraham, David, and other familiar themes. Later, when speaking to the Greek philosophers in Athens (17:22-32), he would begin by talking about what he had observed in their city. In both cases, however, he centered the sermon around Christ and emphasized the resurrection. When you share the Good News, begin where your audience is—then tell them about Christ.” (Life Application Study Bible 1832)